We live in an era with abundant liquidity in the markets, especially in the maturing venture capital asset class.

The phrase that best captures this phenomenon is: “Too Much Money Chasing Too Few Deals.”

Historically, such periods were succeeded by so-called adjustments – a typical euphemism to describe a market crash.

How should you adapt your startup’s funding strategy to a probable market correction?

Too Much Money Chasing Too Few Deals. The phrase that best captures today’s venture capital market. Click to Tweet

Where Does This Expression Come From?

While researching for our upcoming online course “Become A Venture Capitalist“, we traced back the expression to a 1993 Inc. article titled “How To Finance Anything.”

The then vice-president of Venture Economics, Robert Mast, indicated that so much money poured into venture capital in the second half of the 1980s, that returns suffered, and the asset class subsequently cooled in the early 1990s.

That’s even before the 2000 dotcom crash.

As you can see from the graph below, new capital committed to the venture capital asset class peaked in 1989, only to plummet, in the early 1990s, below levels unseen for a decade.

Is this what is awaiting us in the next decade?

While even some prominent venture capitalists still deny there is a VC bubble, most market participants are acutely aware that the current situation is unsustainable over the long term.

It explains why VC veterans such as Sequoia Capital raise mega-funds and advise their portfolio companies to raise money while they can.

The advice veteran VC firms give their portfolio company CEOs: raise now while you can. Better have full war chests when the correction hits. Click to Tweet

What Does It Mean?

The expression “Too much money chasing too few deals” could be taken from two angles. Conceptually, one could use a ratio format to understand it.

One reason for the VC Liquidity Ratio to increase is that the number of deals decreases, while the amount available to be invested remains constant.

It is what happened after the 2000 Internet Bubble Burst, as reported by Y Combinator’s Paul Graham in a luminary 2005 post titled The Venture Capital Squeeze.

But for the most part, the VC Liquidity Ratio becomes too high because new entrants want to take advantage of what they perceive as a juicy market opportunity.

Getting Less For Your Money

One influential user of the “Too much money” phrase is Howard Marks, the founder of Oaktree Capital, a leading alternative investment management firm headquartered in Los Angeles.

In an influential letter to Oaktree’s clients written in early 2007, just months before the Great Financial Crisis started, Marks notes that there are two ways to gain market share: have a better product or sell cheaper.

In a letter aptly titled “The Race to the Bottom”, Marks makes the case that when money becomes a commodity, no one has a better product.

Therefore, the winning bidder is the one “selling cheaper”, which in the investment industry means paying more, or accepting more risk for the same price, than the other bidders.

In both cases, the prospective returns are lower. You get less for your money.

In putting out capital, the person who gets the deal is likely to be a loser if he accepts a level of safety that turns out to be inadequate. – @HowardMarksBook (@Oaktree), 2007 Letter to Clients Click to Tweet

To all the naysayers who will endlessly repeat that it’s different this time around, know this: it’s not. It’s exactly the same.

Don’t take it from us. Listen to VC veteran Doug Leone, the managing partner at Sequoia.

Where does this tendency to consider that things are different this time come from?

It’s been frequently observed that younger market participants, who have no direct experience of crises, are largely responsible for such erronous views.

Besides, they consider grey-hair professionals who survived such crises as party-poopers, and tend to pay less attention to valuable lessons from the past.

The most fundamental rule of investing is that we live in cycles. Every time you hear it’s different this time, that’s all crap. – @dougleone (@sequoia) Click to Tweet

Recognizing the cycle, Howard Marks followed up recently with a new letter to Oaktree’s clients, tellingly titled “The Seven Worst Words in the World.”

The seven words are: “Too much money chasing too few deals”.

Marks wrote his letter on the tenth anniversary of Lehman Brothers’ bankruptcy. He notes that “the trauma of the [2008] Crisis has worn off” and that the same mistakes are made, albeit the lending environment is better than ten years ago.

Will the same causes lead to the same consequences?

Who are those getting less for their money in this market, then? We would argue that they belong to one of three categories.

1. First-time funds led by experienced venture capitalists but in need of quick wins to prove their strategy is right… and raise the next fund;

2. VC firms lacking investment discipline. The best teams generally deploy less capital during what they perceive as the end of bubble periods, manage to use unfair advantages to get into hot deals with some level of protection, generate superior proprietary deal flow, or flip assets at the right time. While the others participate in the frenzy and take a considerable vintage risk; and

3. New entrants: people or organizations with vast sums of available capital who are after superior returns but lack any prior VC experience.

This last group is the most at risk in our view while contributing the most to the capital glut. The problem is, venture capital is characterized by long feedback cycles: it takes time before you realize you’ve made the right bets, or have just thrown money down the drain.

An institution investing in the VC asset class for the first time is unlikely to get into the best funds, as these VC firms tend to favor their longstanding partnerships.

The newcomer will, therefore, tend to put money in unproven teams, not only once but twice: given how VC funds are structured, there usually is little evidence of success when the time comes for the VC firm to raise the second fund.

Things in the private markets for a large number of companies are in Lalaland. – @dougleone (@sequoia) Click to Tweet

Business angels beginning to invest in startups have the same issue. They tend to deploy capital fast initially before halting completely when bad news arrives. The problem is that bad news, as always, travels first.

Corporate Venture Capital has a long history of stop-and-go movements, too, partly due to that same reason.

How Private Markets Get Hurt

The problem with these ebbs and flows is that they negatively impact private markets over long periods, at two levels.

As the graph published above suggests, the first level is the Limited Partner (or “LP”) one. LPs are investors in VC funds, such as sovereign funds, financial institutions (banks, insurances), endowment funds, family offices, and high net worth individuals. Corporates tend to become large LPs, too, when markets become hot.

When the markets cool down, liquidity contracts, which means VC firms raise less money to invest in startups.

A more immediate impact is that startups that raised with new entrants will be unable to raise money when these participants – which Doug Leone unapologetically calls “the tourists” – leave the market.

These are not just any startups, but those who shouldn’t have received so much funding in the first place.

What Should Founders Do?

The defensive way of anticipating the potential market correction is to raise capital while it’s both relatively easy and cheap.

A “war chest” ensures you will have enough funding to reach profitability or absorb an unplanned reduction in sales.

There is an offensive reason to raise more money, too. As Benchmark partner Peter Fenton declares, capital is one more weapon in the startup’s arsenal, especially when markets become more illiquid.

Fenton makes the specific point that having cash in the bank when it’s harder to raise money allows strong companies to poach talent at a reasonable price.

As under-capitalized tech companies go bankrupt and lay off their engineers, those who have filled coffers can access that talent pool and make a difference.

Fenton recalls that after the 2001 bubble burst, Google and VMWare, two well-capitalized companies at the time, were able to get the best developers.

The current liquidity environment holds up well despite VC markets heating up like never before. There has rarely been a better time to be a founder. Deal terms are continually moving to favor them, and the hottest startups have the luxury of picking the VC firms they want to work with.

Who knows how long this trend will last. There seems to be much dry powder in venture capital and no shortage of unicorn startups to invest in. But in the end, only a fraction of VC firms make real money.

An experienced fund-of-fund manager we talked to told us that two reasons had explained why an overdue correction had not happened in venture capital yet: the juggernaut Softbank Vision Fund raised early 2017 and the Trump Tax Deal signed at the end of 2017.

Only when the tide goes out do you discover who’s been swimming naked. – Warren Buffet. Click to Tweet

When investors realize that tech companies are over-valued and losses start to hurt, the money will move.

The question is, will it move out of the entire asset class?

Or will there be a flight to quality to the best, most constant VC firms?

In any case, founders who need VC cash to grow would be well-advised to fill their coffers while money is available and relatively cheap. 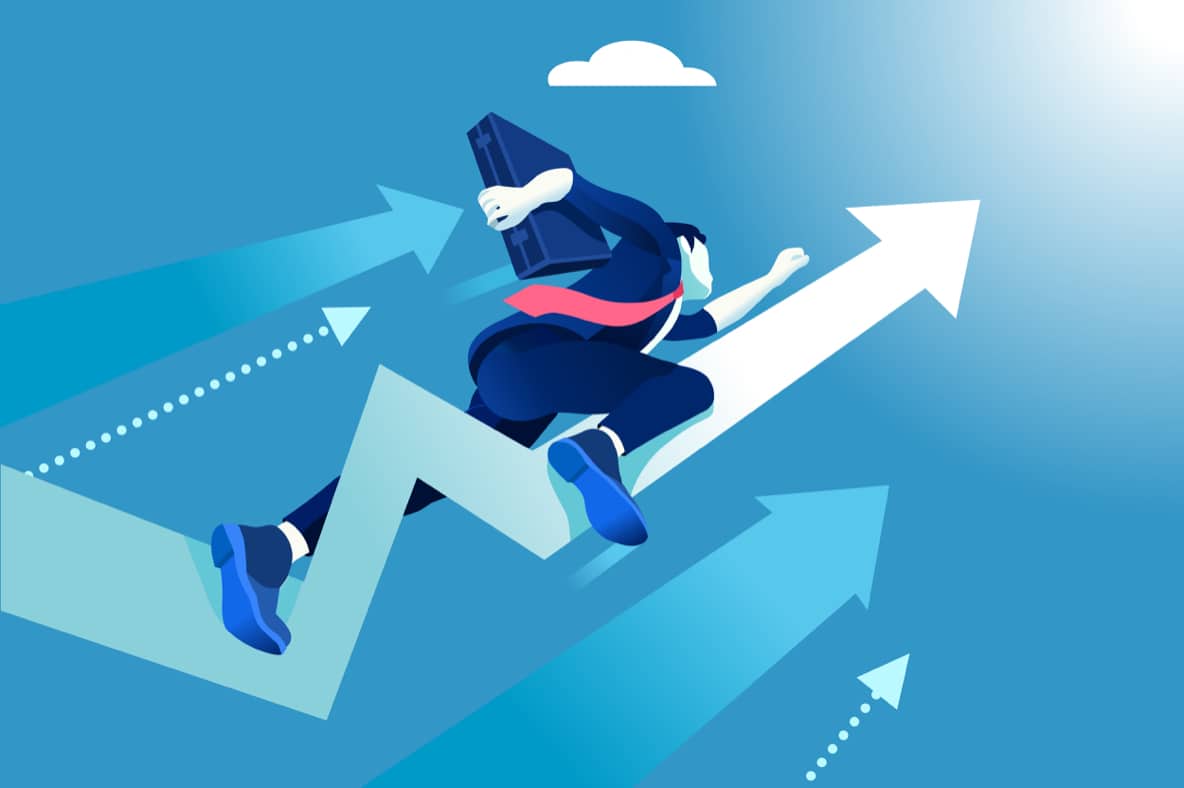 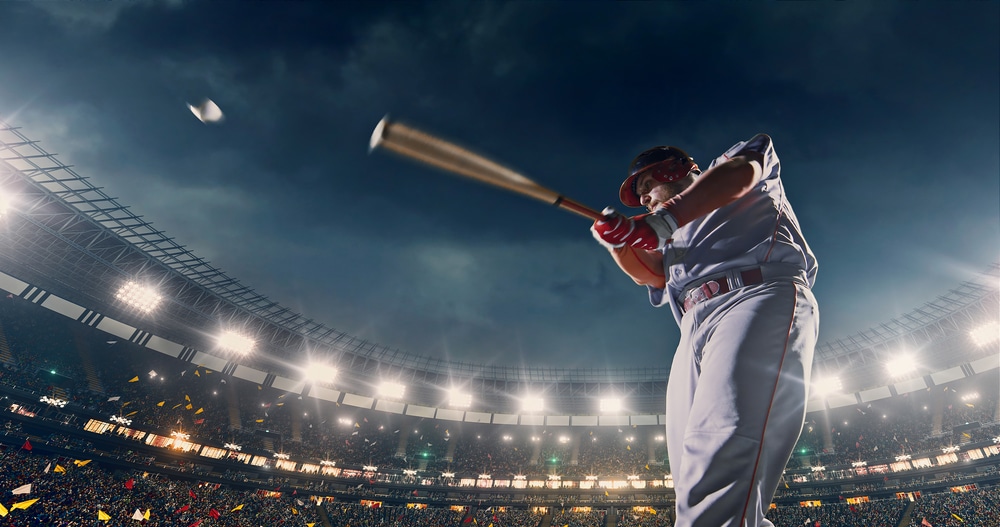 Most people with an interest in Venture Capital know that the returns in the asset class are extremely skewed: a small minority of VC funds… 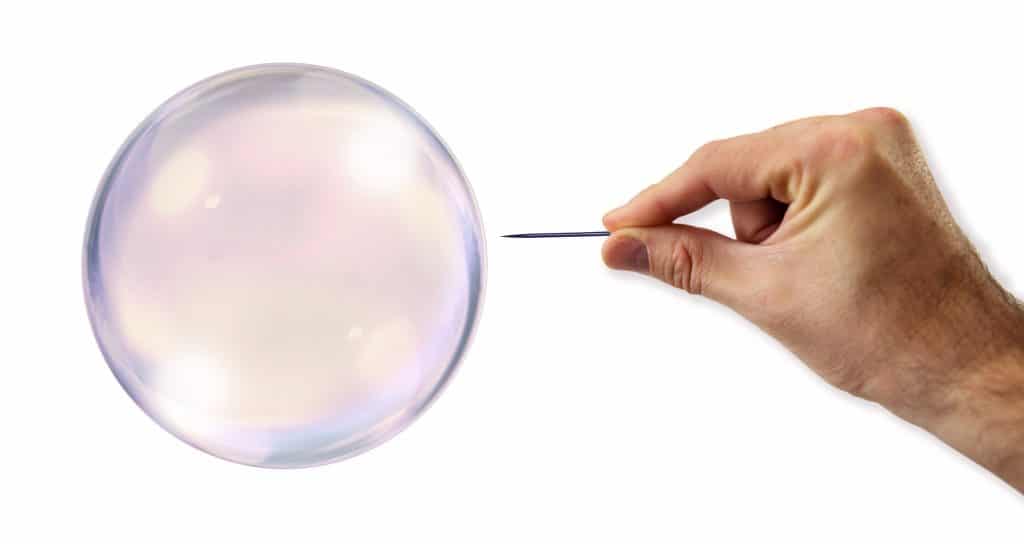 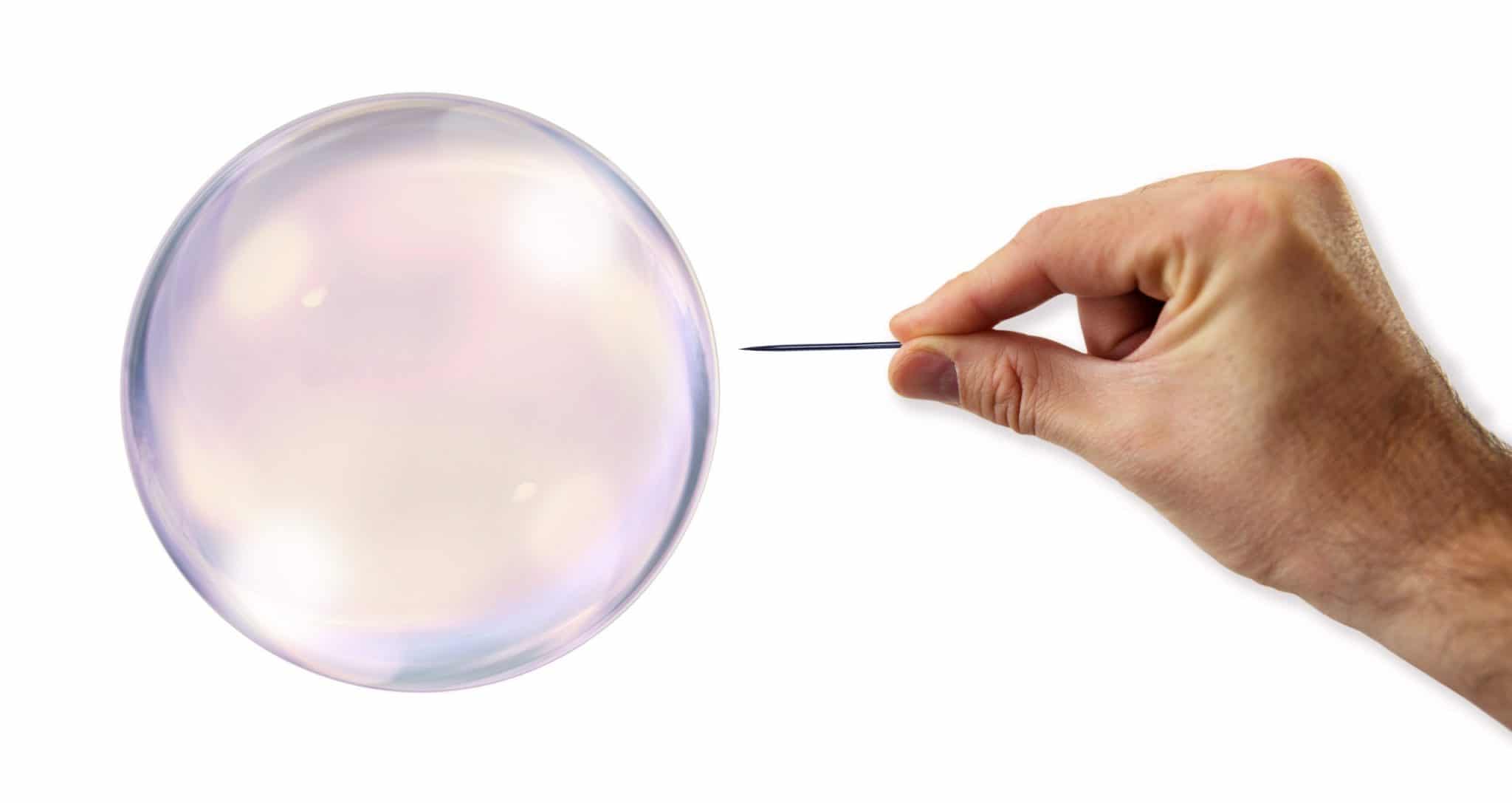 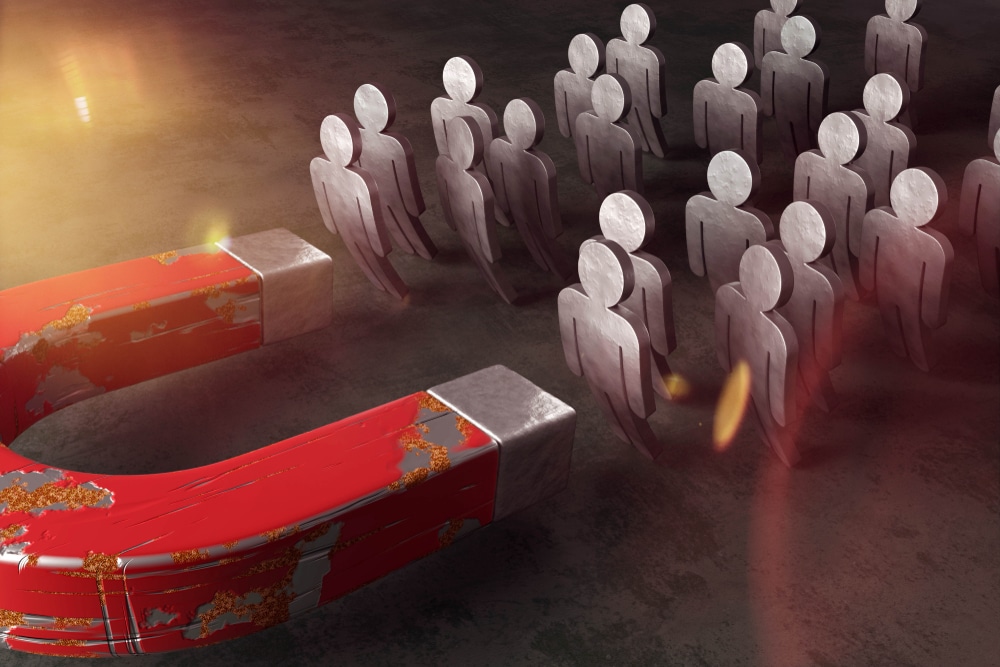 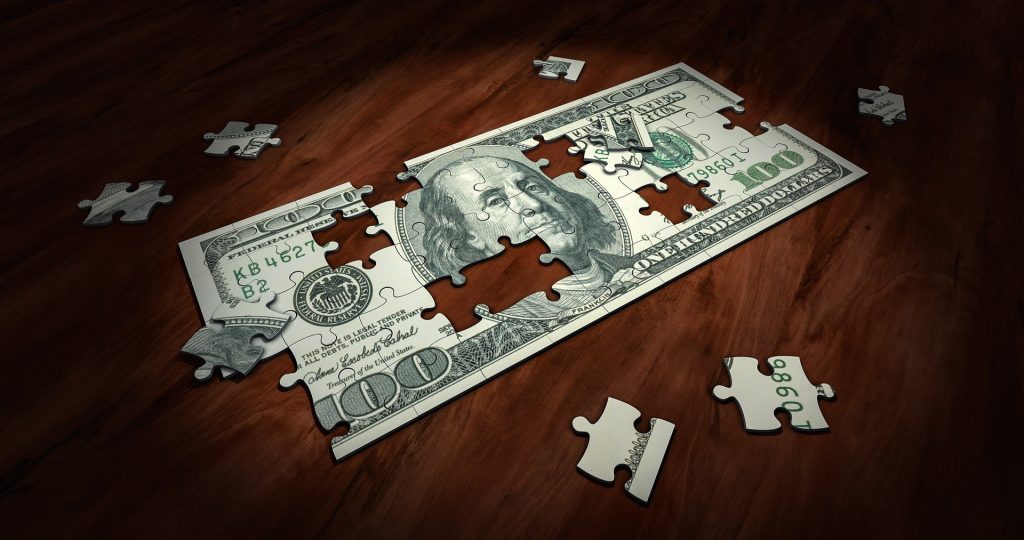 We’ve all heard that Airbnb, Groupon, and Uber became successes in the wake of the Great Crisis of 2008. Which startups are favored by VCs… 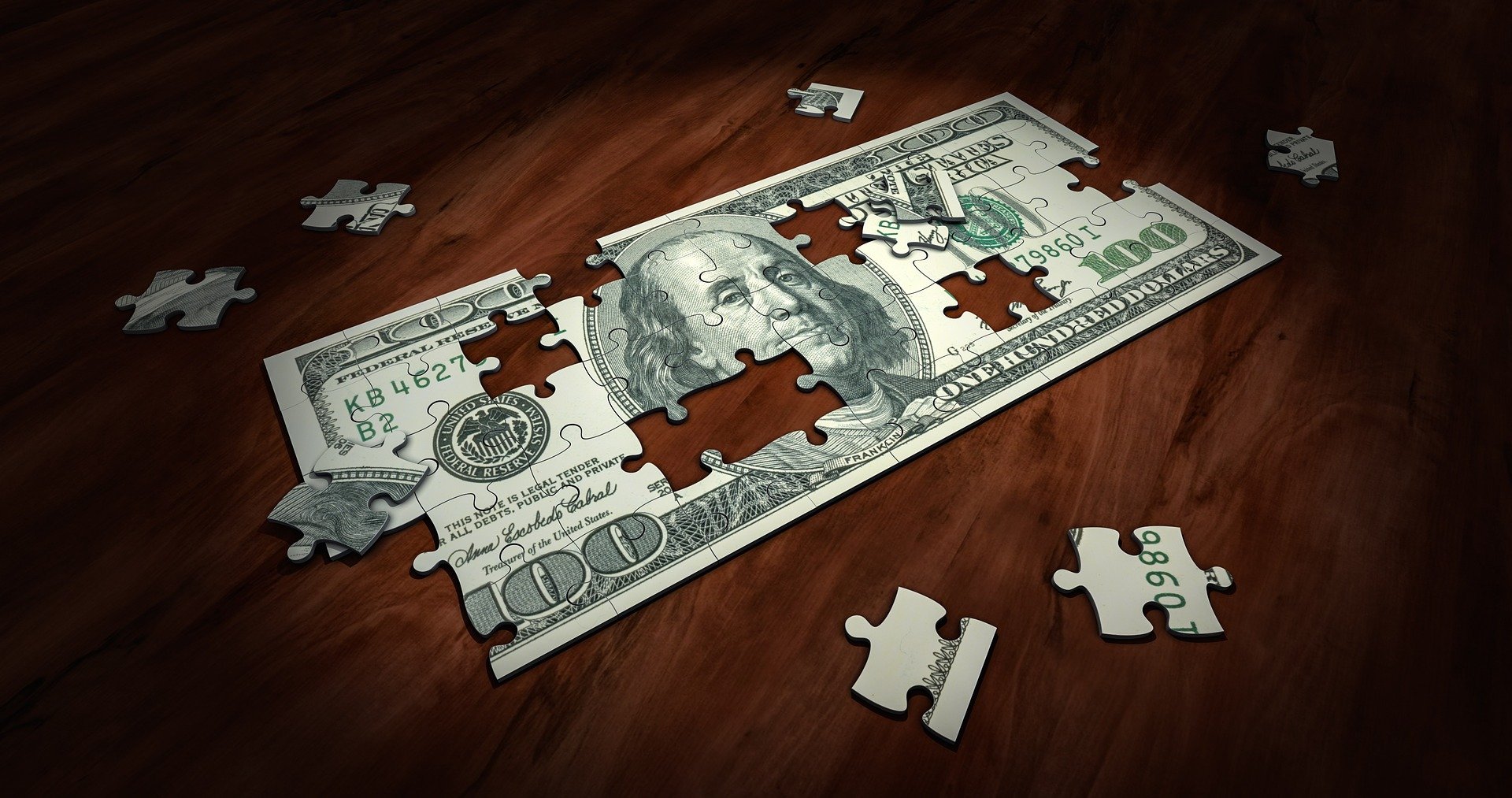 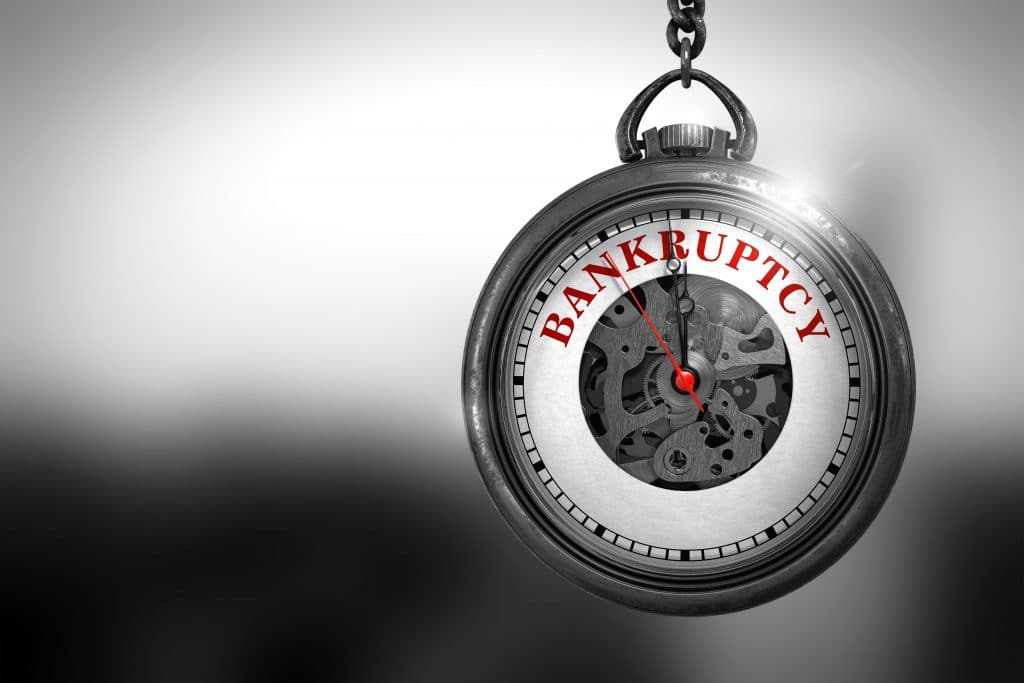 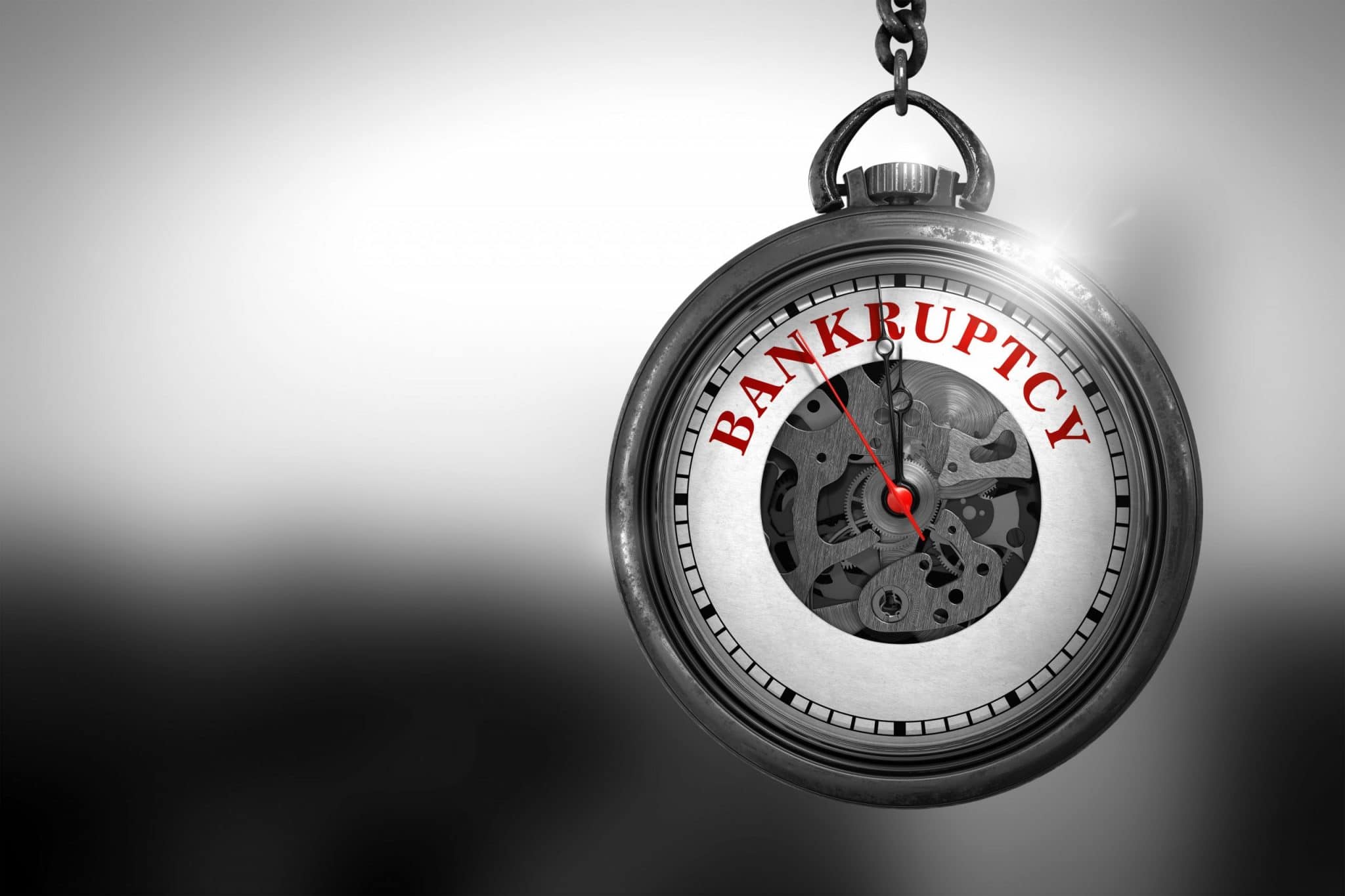